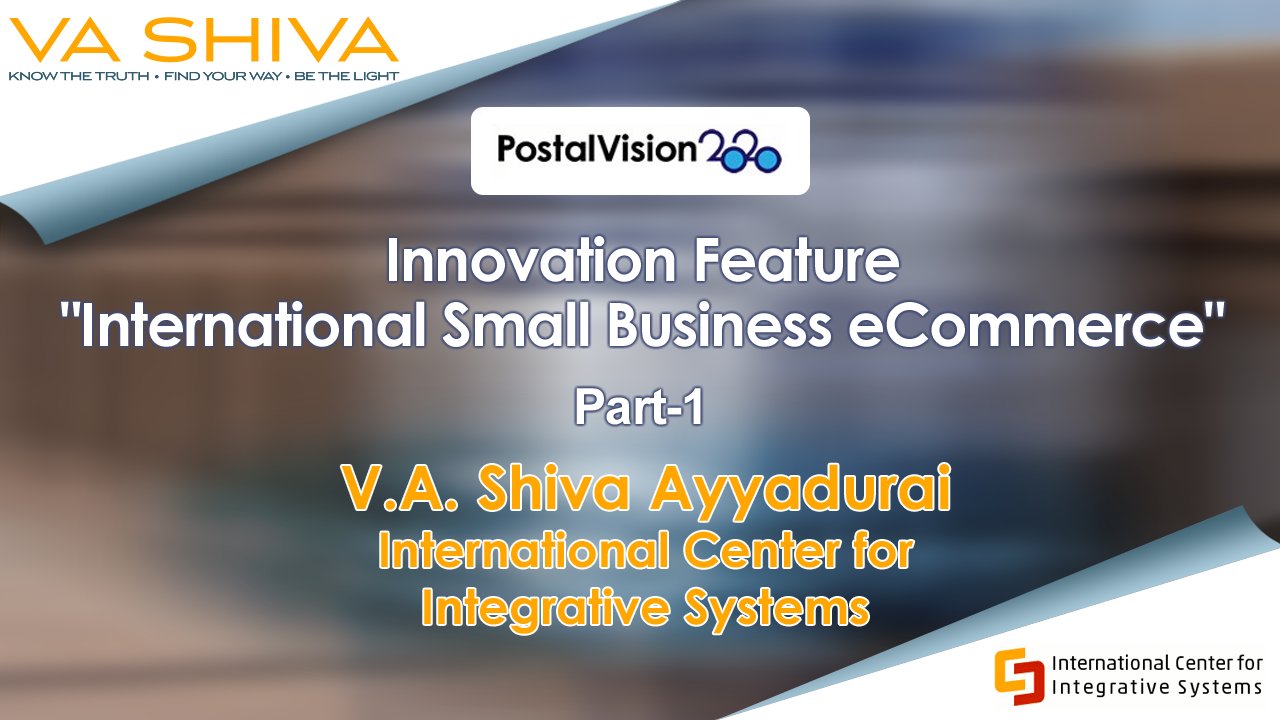 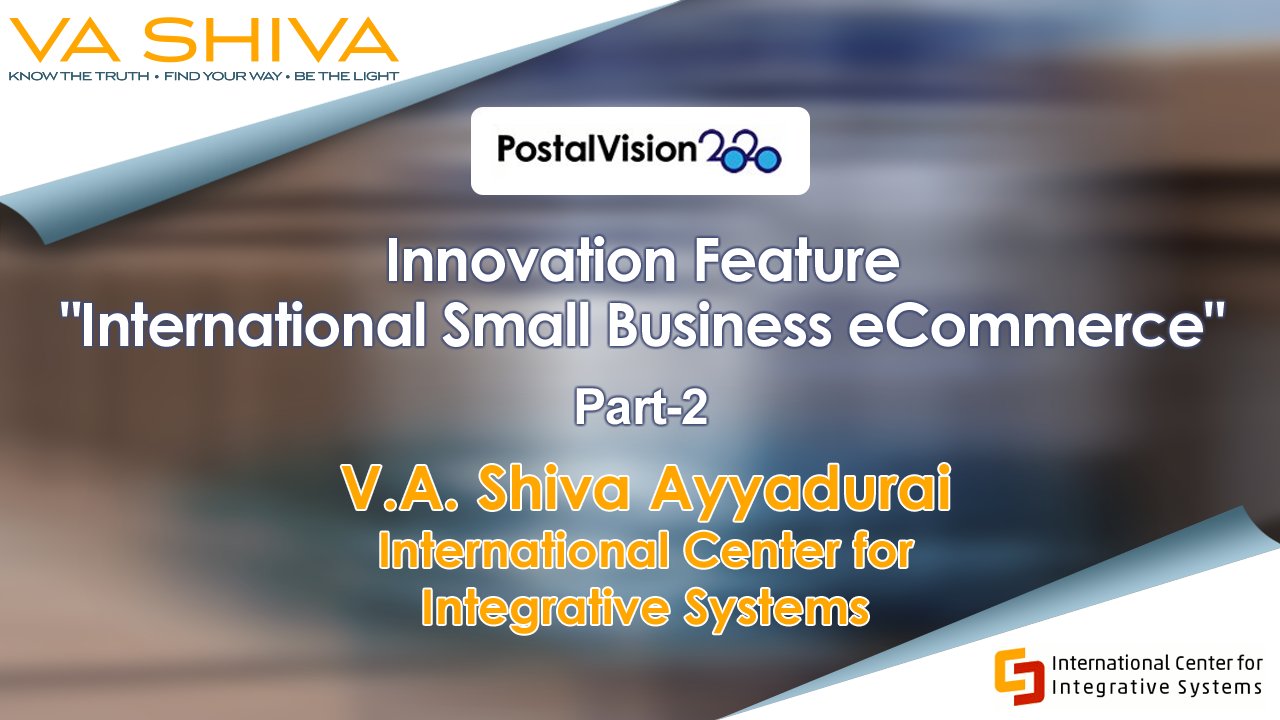 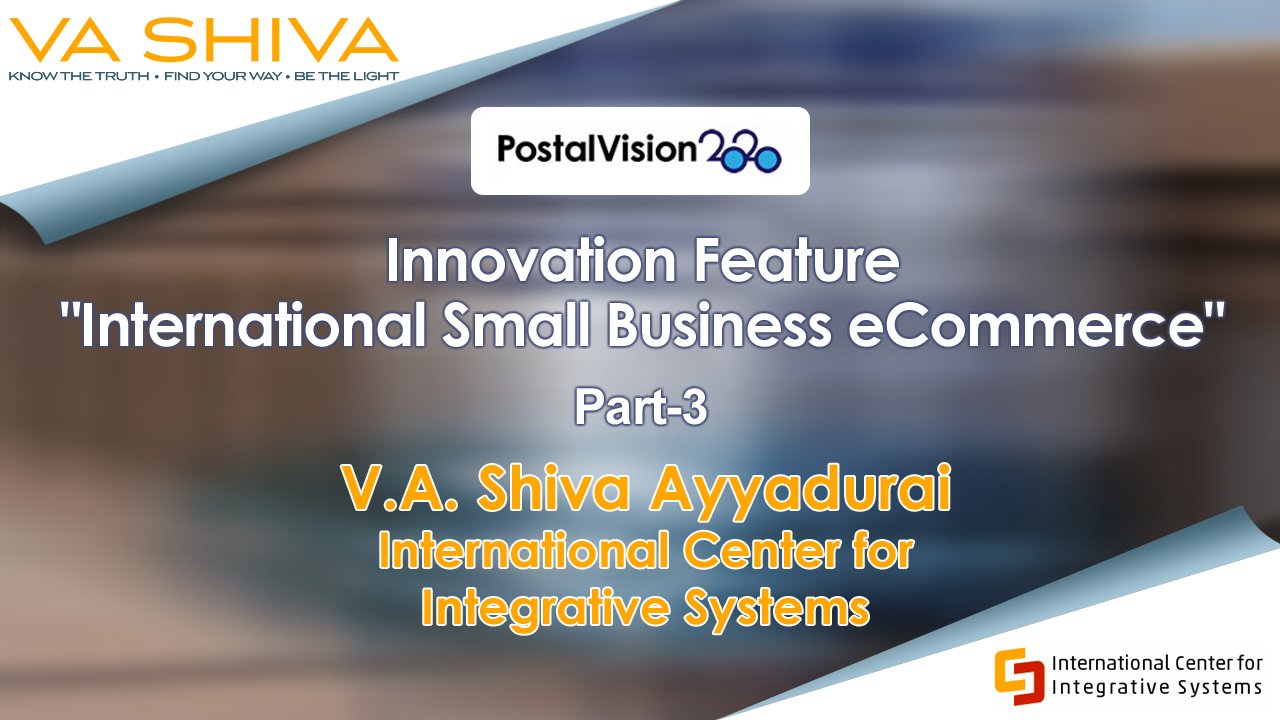 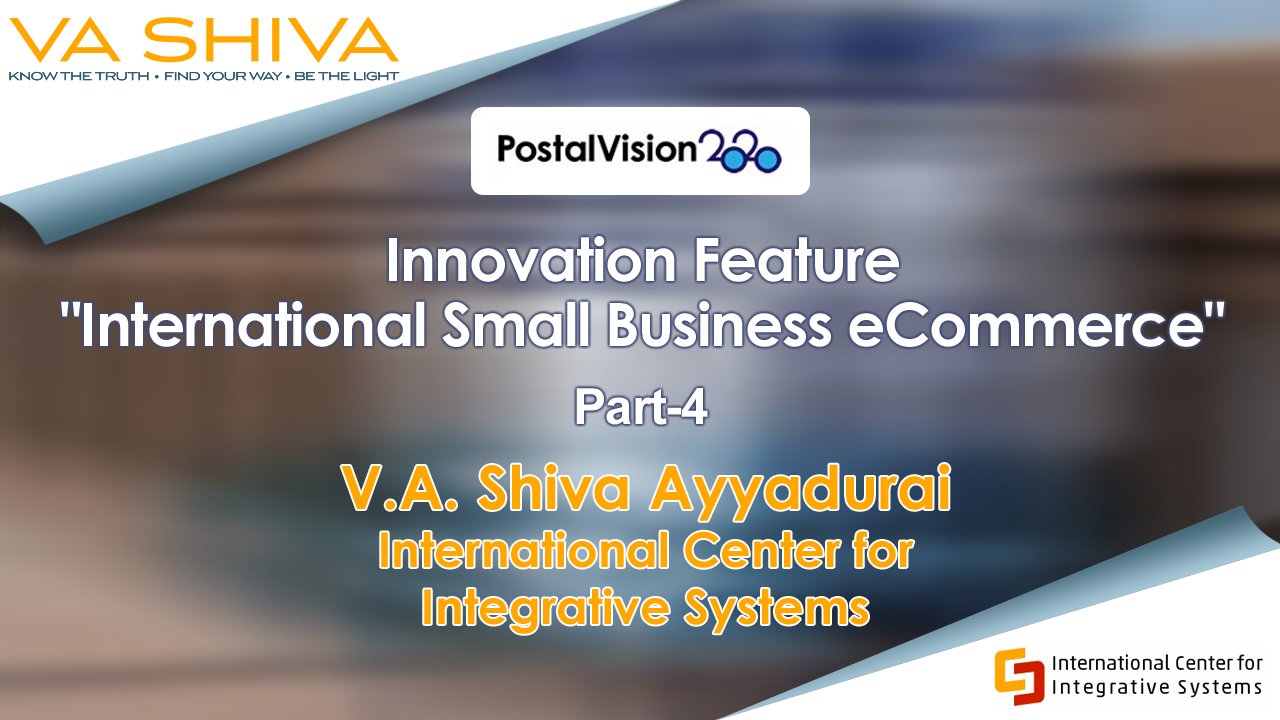 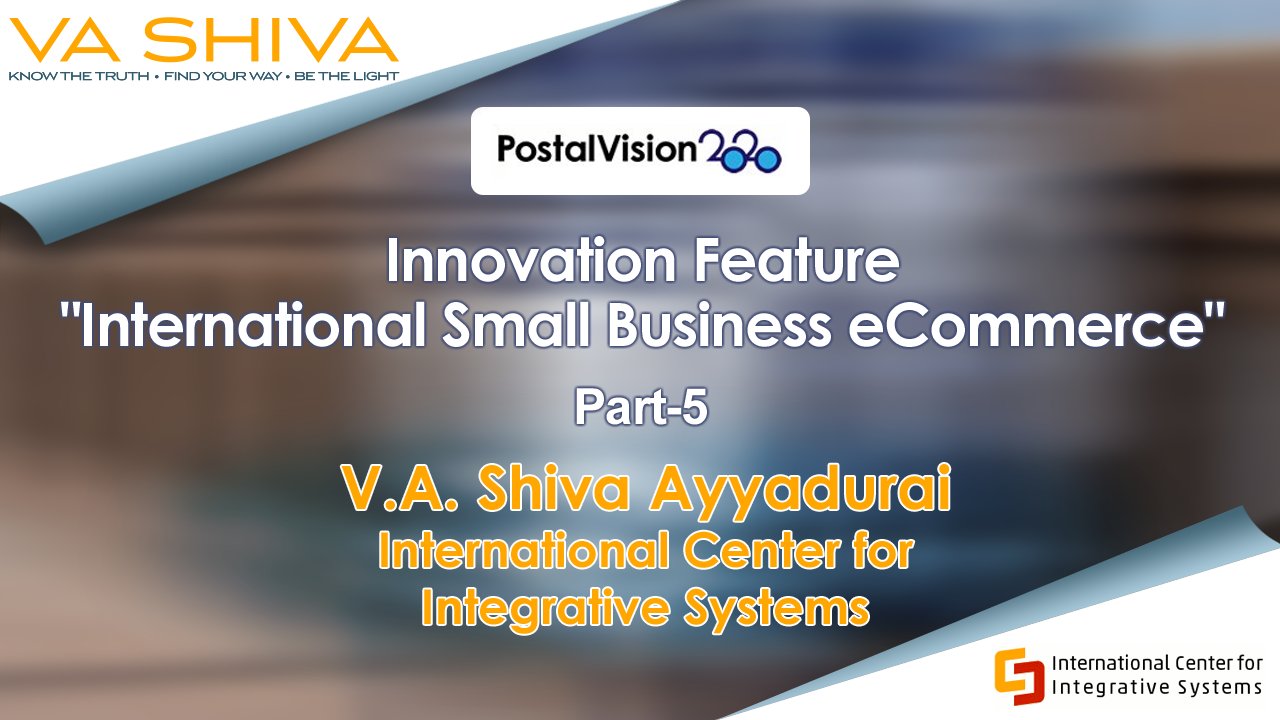 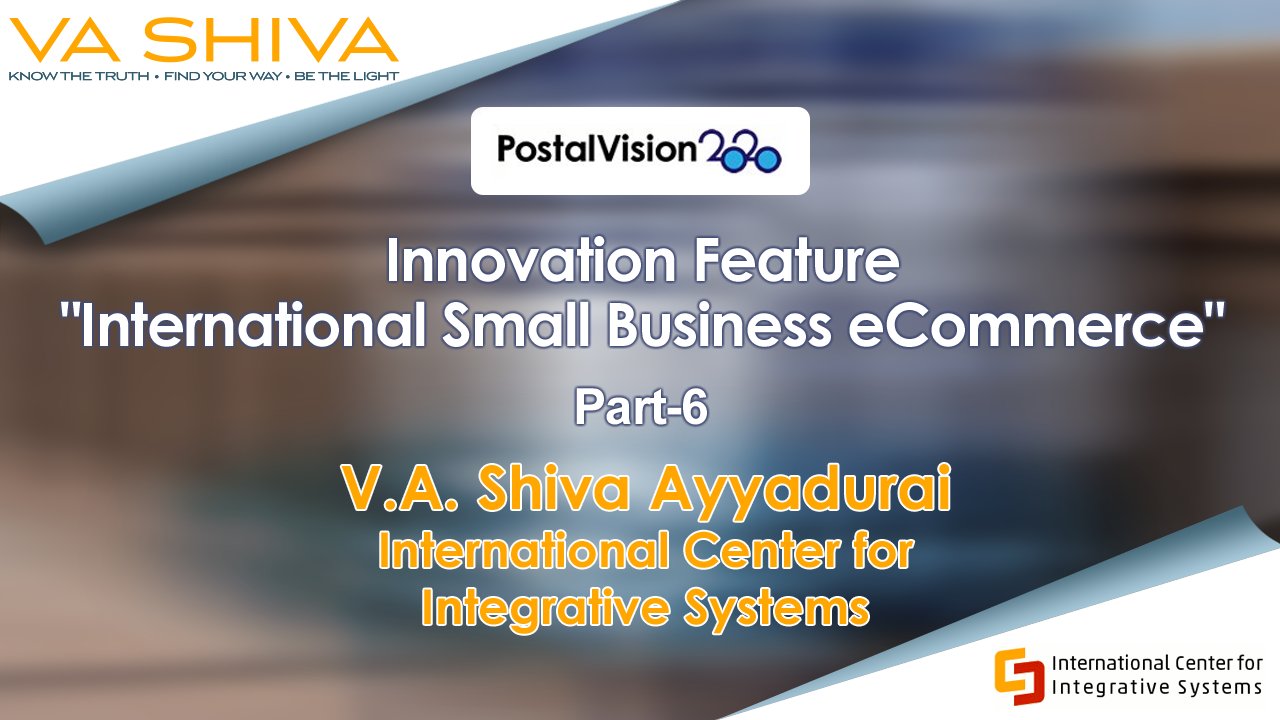 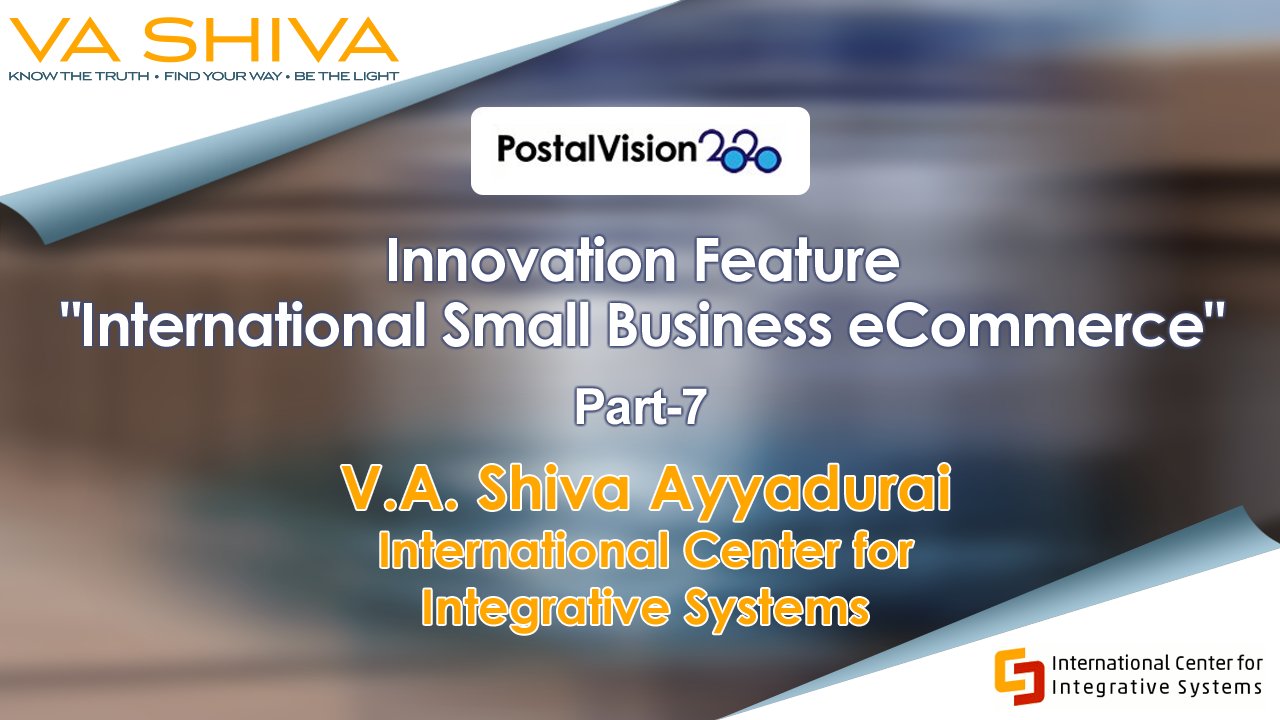 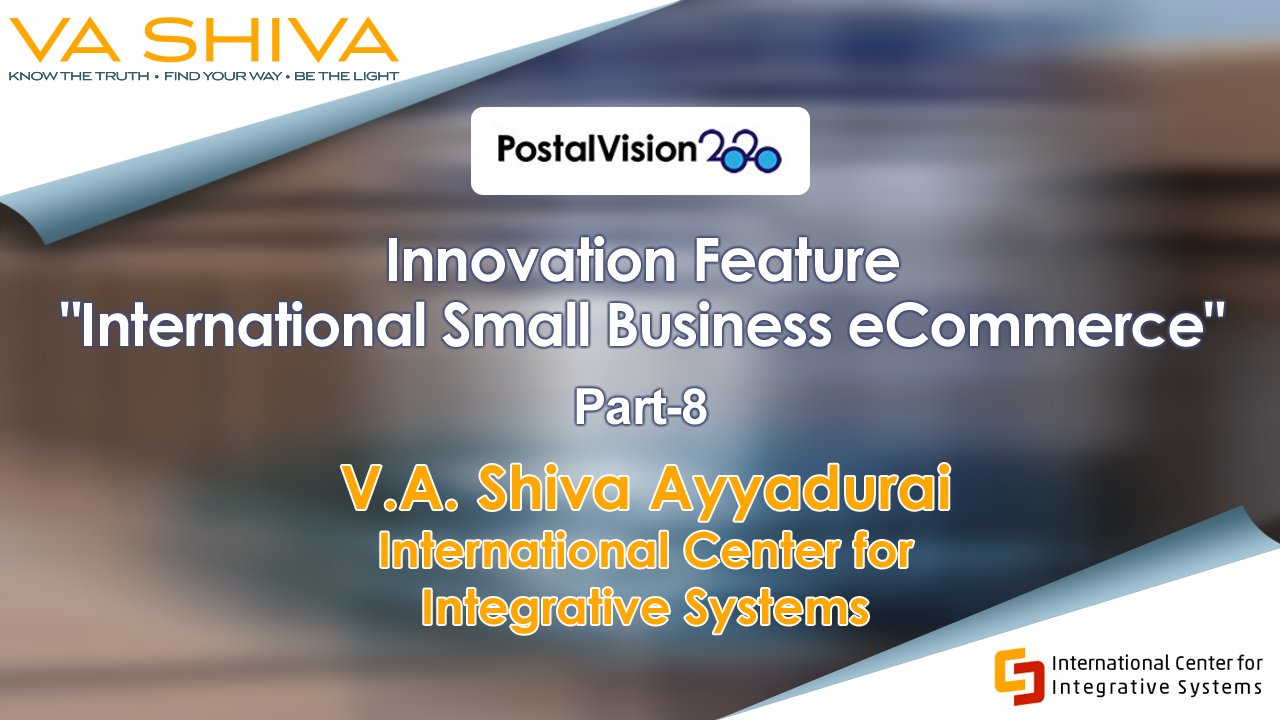 Could Global Ecommerce Give the Postal Service a Lifeline?

An article was published recently in eCommerceBytes on the sad state of affairs at the cash-strapped U.S. Postal Service. The article, more importantly, discusses the strategic report that was prepared by Dr. V.A. Shiva Ayyadurai on how the Postal Service could leverage global commerce to increase its bottom line. The paper was commissioned by The United States Postal Service’s Office of the Inspector General (USPS-OIG).

As the article says:

“Prepared by MIT professor and entrepreneur Shiva Ayyadurai, the report describes the significant role that the Postal Service could play in facilitating global ecommerce, improving its own balance sheet while opening up new channels of economic activity for U.S. buyers and sellers.”

Know the Truth:
The Postal Service Needs to Go Back to its Roots of Innovation

“I remember meeting with USPS officials in 1997 to convince them that the USPS’ trusted brand could offer a suite of email services to Fortune 1000 and small and medium businesses faster and better than we could. I recall this official’s comment, ‘We make $50 billion a year, we are like a Fortune 10 US Company. We cannot make such changes to our business model so quickly’.”

(Source: USPS and Email: Email And Its Opportunities For USPS)

The Postal Service can be saved if it recognizes that it is a communications company and embraces digital media including email and social media. The financial possibilities for the Postal Service have been highlighted in an article in FastCompany:

“Criticized as a ‘mail monopoly’ by Cato Institute, the USPS could have a chance to re-train, rather than lay off 35,000 or more workers out of about 500,000 total employees. They would become engineers and customer service agents with some help. Ayyadurai estimates that enabling the workforce to create, sell, and deliver email management and marketing solutions could generate $6 billion for the USPS…”

In spite of these two detailed reports which were approved by the Office of the Inspector General, the United States Postmaster Inspector General’s office has done nothing to follow up on the clear proposals and opportunities provided in these reports. This is appalling, given that the organization is on the verge of bankruptcy and it is central to the democratic foundation of America which Dr. Ayyadurai detailed in a clear article titled The Future of Email: Is Your Email Truly Free, Private and Secure?

Be the Light:
The Postal Service MUST Exist for True Democracy

Communication is the fundamental foundation on which any democracy is built. It is imperative that the Postal Service survive. The Postal Service ensures that free and fair communication is protected by law. This means that when you send a piece of communication from one individual to another, no one can tamper with it. Right now, all of us, when we use free email and social media services, give up our right to private companies. As Dr. Ayyadurai has shown in one of his articles, the Postal Service has a huge opportunity to offer an email service protected by the governance laws of non-tampering of information already in place within the American democratic system. Such a democratic process does not work when you sign up with Gmail or Yahoo. The Postal Service can be innovative and protect our freedom by also finding new ways to use its infrastructure of 500,000 employees and thousands of locations to become an important logistics player in international small business commerce which is projected by Dr. Ayyadurai’s report to be a nearly 270 billion dollar market. We, as citizens need to realize that there are solutions as shown, for example, by Dr. Ayyadurai’s report, for the survival of the Postal Service for many years to come.

Join the Revolution:
Get Educated on How the Postal Service Once Again Becomes Innovative

What Molecule In Almonds Is Beneficial For People With Diabetes?

A recent article on authoritynutrition.com said: "Nuts are low in carbs, but high in healthy…

The Harvard Coop Author Series Presents The Future of Email

Dr. V.A. Shiva Ayyadurai will be appearing at the Harvard Coop for a book signing…

Recent Posts
Follow me on Twitter
My Tweets
Copyright Dr. V.A. Shiva Ayyadurai 2020 - All Rights Reserved | Feedback
Back To Top
×